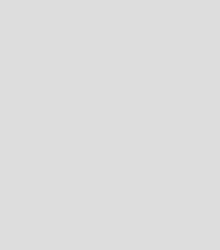 “The Finnish disability community has faced a great loss with the passing of Kalle Könkkölä, the Chairman of Disability Partnership Finland, the Chairman of Abilis Foundation and the Executive Director of Threshold Association. These were just a few among the duties he managed to attend to as if he had more hours in a day than us ordinary people.

Kalle was a fighter. As a young student, he made the University of Helsinki bend and build an accessible entrance. As the first ever disabled member of the Finnish Parliament he made the Parliament build a ramp to the podium. Because of Kalle, people with disabilities are able to use public transportation in Finland (in most cases!). And so on. He was an example, a motivator, a mentor, an idol for many generations of young persons with disabilities in Finland and worldwide. With his respiratory device he travelled across continents at such pace that younger and healthier people could not match.

Kalle was strong and his messages were clear. There was friction and sparks, but he never held grudges and he accompanied his sharp comments with humorous remarks. Famous is his comment to someone who wanted to pray for him. Kalle’s reply was ‘You should rather pray there were less stairs in this city’.

As a member of parliament and the Helsinki city council, Kalle became well known outside the disability movement. He had wide networks, and for the Finnish media he was the voice of people with disabilities.

His guiding principle was to respect the voice and lived experience of persons with disabilities. Here he knew how to listen to others, he never knew better than somebody else who lived with e.g. a visual impairment or learning difficulties, or was a sign language user.

While the work for the rights of persons with disabilities will never end in Finland and other rich countries, Kalle acutely felt the situation of persons with disabilities in the Global South. During the last two decades he devoted more and more time and energy to inclusive development policy, grass-roots development cooperation and humanitarian issues. His example and encouragement were crucial for disability movements in many countries.

Kalle loved to spend the short Finnish summers at his lakeside cabin taking care of a small herb garden. His other loves included baroque music and his sweet little poodle, who travelled with him everywhere, always sitting on  his lap.”

Dominic Haslam, Chair of IDDC, remembers his meetings with Kalle:

They “were always positive, useful and I learned a huge amount by listening. Most of all the respect, admiration and love shown for him by those I know better, says a great deal. He will be missed by us all. Rest in peace and in the knowledge that IDDC will continue to do our best to play the right part in the work that continues, Kalle.”